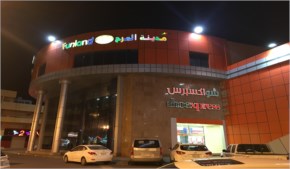 Yanbu Mall is located on Ali Bin Abi Talib Road, in the opposite of Jarir Bookstore, Yanbu City.
Yanbu Mall is the first entertaining indoor shopping mall in Yanbu City, it was inaugurated in 2011, is considered a distinct shopping center being working around the clock, in addition to being including many of the most prominent and important shops in addition to a dedicated children's play areas and a group of luxury restaurants and cafes. Within the most important stores in Yanbu Mall/; Centrepoint, Mothercare, and Mikyajy The Body Shop and Arabian Oud.
Discover Yanbu Mall