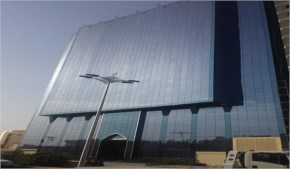 Umm Al-Qura University in brief
It is located at Mecca City on Al Taif Road.
It is considered the largest and most significant university at the Kingdom of Saudi Arabia.
Shariah College, established by King Abdul Aziz decree in 1369 AH, was the initial core of Umm Al-Qura University.
Umm Al-Qura University is still a central university regarding Shariah and Islamic Studies Colleges as well as Science Colleges.
Umm Al-Qura University development
Umm Al-Qura University started when King Abdul Aziz issued royal decree to establish Shariah College in 1360 AH to be the initial core of the university. Shariah College was at the time the pioneer institute of modern Higher Education in the Kingdom of Saudi Arabia. In 1372 AH, Teachers College was established bearing responsibility for qualifying new generation of teachers. Then, Shariah and Teachers Colleges combined in one new college called Shariah and Education College. In 1401 AH, another royal decree was issued by King Khaled to expand Umm Al-Qura University. Shariah and Education and Arabic Language Colleges were the foundation of establishment. After that, qualitative developments continued; five other colleges were launched include: College of Da’wa and Usul-ud-Din, College of Arabic Language, College of Applied Sciences, College of Social Sciences, College of Engineering and Islamic Architecture, as well as College of Education at Al Taif launched in 1400 AH, followed by College of Medicine and College of Applied Medical Sciences in 1416. Also, Deanship of Community Service was turned into a college. Numbers of university colleges became 12, in addition to Institute of Arabic Language for Non-Native Speakers and Institute of Hajj Research. Lastly, Community College of Al Baha was launched. The university contained different specialisations and awarding Bachelor Degrees, Higher Diploma, Master Degree, and Doctorate in Shariah, Arabic Language, Social and Applied Sciences, Medicine, and Engineering. These days, university colleges are divided into three main locations at Mecca: first, Al Aziziyah which includes public administration buildings, supporting deanships, some colleges, the Custodian of the Two Mosques Institute of Hajj Research, and College of Community Service. Second, Al Zaher which contains Deanship of College Studies for females and colleges buildings and its facilities, in addition to the third location; the new city in Al Aabidyah.
Discover Umm Al-Qura University