Thour Mountain is one of the most well-known mountains of Mecca City, for it contains Thour Cave, which is mentioned in Holy Quran. The Cave is a significant landmark located at the top of Thour Mountain -a mountain in the north of the holy city- which is called Akhal Mountain, in the south of Mecca in a land of Al Mafjar Valley. It is separated from other Mecca mountains by Faj Al Mafjar and the circular road, coming from Al Taif and Al Mashar to Jeddah and it is close to a neighborhood called Al Hijra Neighborhood.
The mountain is of 760m height above sea level. Despite its hard areas and rough top, pilgrims, performers of Umrah, and visitors rise to have a look. The Cave is a remaining in the memory of Islamic history to tell the story. After Allah providence, it was the shelter that protected prophet Muhammad -pbuh- and his companion Abu Bakr Al Siddiq from Mecca disbelievers. The prophet and his companion hided from the pursuing disbelievers inside it for three days, then they headed safely towards Madinah.
Discover 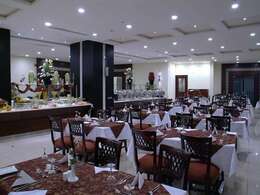