Namira Mosque is one of the significant landmarks located in west of Mashar Arafat. The mosque where Al Dhuhr and Al Asr prayers are performed with one Adhaan in Arafa Day and visitors listen to Arafat Sermon, has many names in many historical references such as prophet Abraham Mosque and Arafat Mosque. It was a small mosque in pre-Saudi reign where pilgrims perform prayers, with length of 166 meter and width of 153 meter. Saudi Government developed the mosque to become with capacity of 300,000 prayers, with an area of 27.000 square meter. The total cost of rebuilding was 337 million Saudi Riyal . In this place, prophet Muhammad -pbuh- orated his last sermon called Farewell Sermon. Also, Ali Bin Abi Talib read in this place verses of Baraah and prophet proclaim; no pagan will be permitted to perform Hajj after this year and there will no Tawaf while naked. Namira in origins is a town outside Arafat where prophet Muhammad -pbuh- accommodated, then he moved to the valley, performed Al Dhuhr and Al Asr prayers and orated at the border of Arafat in Urana Valley.
Discover Namira Mosque 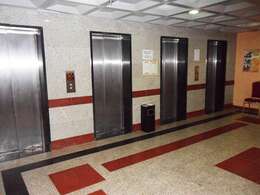