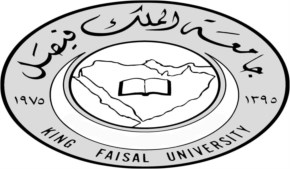 King Faisal University is a public university located in Al Ahsa on a piece of land in Hofuf city on the road leading to some of cooperation council countries, it is situated on a land of almost 4.8 km2. The university was founded in 1975 AD corresponding to 1395 AH with an order of King Faisal and it was inaugurated during the time of his brother Khalid bin Abdulaziz. King Faisal University provides university and postgraduate studies for its students in all sciences and specialized educational domains. it contains a number of collages in addition to academic assisting centers such as the English language center, continuing learning center and the educational veterinary hospital.  One of the main goals of the university was in the area of scientific research to be one of the basic requirements so as to address the problems of society. Since its inception, and through years of development, the university has sought to revitalize and strengthen scientific research in various fields and disciplines through intensive activity carried out by colleges and research centers, as well as through coordination with other centers from outside the university, the university has completed more than forty national research projects. It has also published more than 2,000 scientific articles in domestic and international scientific journals. The computer science and Information technology departments got the Accreditation from the International Organization for Engineering and Technology ABET which is the first in Saudi Arabia and the fifth in the world for the information technology department and the second in the kingdom and the sixth in the world for the computer science department. English language is the official learning language in the university for most of the specialties specially in the Medical, Engineering and Business Administration colleges, that the language used in lectures, books, theoretical and practical exams. The educational committee specially in Medical, Clinical Pharmacy, Engineering and Computer Science colleges is characterized for being graduated from the most important American and British universities such as Harvard and Chicago Universities.
Discover King Faisal University