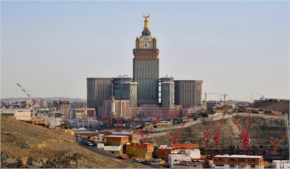 Abraj Al-Bait in brief
It is considered the second highest skyscraper in the world with a height of 602 m.
It consists of 10970 accommodations and 259 elevators as well Mecca Clock.
It is located opposite to the Holy Haram, 500 m far from Holy Kaaba.
It is known as endowment of King Abdul Aziz Bin Abdul Rahman Bin Faisal Al Saud that is subordinate to the Holy Haram. 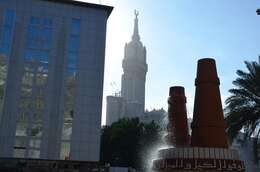