It is considered the administrative capital of Northern Borders State and located in the eastern north of Kingdom of Saudi Arabia, on the Iraqi border.
The City has an official population of more than 110.000 people and an area of 35.000 square kilometers, 530 high above sea level.
The City is considered of great strategic importance for Saudi economy; it is deemed the urban and trading center in Northern Borders State.
Its name is attributed to the abundance of Arar trees in the valley.
Discover Arar 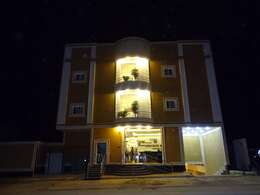