It is considered among Al Hasa cities at Eastern State and located in the western south of Al Hasa Oasis in Kingdom of Saudi Arabia.
The City has an official population of 520.000 people and a height of 150 meters above sea level.
Hofuf City is considered as Al Hasa trading capital and the center of governmental offices.
Its name is attributed to the hand-held fan as well as the place with fresh air.
Discover Al Hofuf 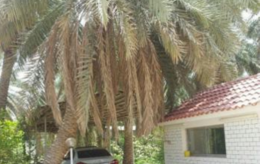