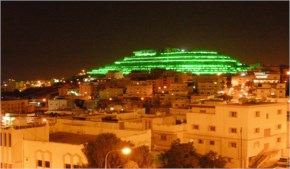 Abha is the Capital of Asir State in south of the Kingdom, with a spellbinding mountainous atmosphere makes it an important place for tourism.
Abha has an official population of 1.5 million. It is approximately 40.000 kilometre square and 2200 metre above sea level.
Abah owns several names such as Iva; pre-Islamic era, the Beautiful Abha, and the City of Fog.
Discover Abha