Al-Jouf State contains plenty of historical and cultural landmarks and tourism sites which are considered the most attracting areas for tourists to visit the Kingdom of Saudi Arabia, for instance,
Za’bal Castle: it is located at the top of a mountain in the north west of Skaka City. It is a wall built of stones and clay, with four towers in its corners. The castle is approached by a sole and rough path. The castle protected the city for long period of time due to its powerful fortification, making it hard to approach. People of the region tell mythic stories and the castle and its steadfastness in the face of its invaders who wanted to remove it because of its strategic significance. The castle is purely a military organisation that includes only two rooms with one main entrance in the south east side close to that tower side of the castle, which is a small entrance approached only by one path through the mountain with a ladder made of stones. Also, there are four cylindric shaped towers in all of its sides, with a height from the ground of the castle of 5 meters. The castle includes a square shaped tank for reserving water dug in its rocky ground, with a length of each sides of 1.60 meters and it is 1 meter deep.
Al Rajajeel Pillars: It is located in Al Jouf State and considered of the oldest antique sites in Saudi Arabia. It situated in Qara suburb to the south of Skaka. The site consists of 50 groups of standing pillars called “Al Rajajeel” as well as number of carved stone pillars made of sand. They are between 3 to 7 pillars, and some of these pillars are more than 3 meters high, with thickness of 60 centimeters.
Umar Ibn Al Khattab: it is one of the oldest and most important antique mosques in the north of Peninsula and in Al-Jouf State and Saudi Arabia. Its importance comes from the style of architecture which is similar to the design of mosques in the beginning of Islam. Being among the oldest mosques, it recalls the design of Al-Masjid Al Nabawi in Al Madinah in its initial phases, which remains without change in its design.
Marid Castle: This site is one of the most important archeological monuments in the province.  It is an archaeological castle constructed from mud and stones overlooking the town of Domat Al-Jandal from a height of 600 meters tall hill.  It is believed to have been built in the first century or third century AD. The Castle is in oval shape with huge walls with openings for surveillance. It has four towers, each of 12 meters height, and two deep wells. The main Castle building is consisting of two floors.  There a number of rooms that were used by surveillance persons and defense guards. The Castle has witnessed several restorations between 1416 and 1423 AH.  It is strongly recommended to visit this Castle as an important historical, archeological, and heritage landmark in the Kingdom.
Domat Al-Jandal Wall: It is a wall built with stones dating back to the first century AD. It was used to protect parts of Domat Al-Jandal. Some of its parts are buried under the sand and some other parts demolished. The remaining part of the fence is about 1000 m. long. This site is surrounded from the east and west by private properties, from the north by a vacant lot, and from the south by Al-Burj Mountain.

Al Hadra Cave: it is a cave created inside a hill, with regular circular holes in its walls. The style of sculpture is much similar to sculpture of Thamudic in Mada'in Saleh. In the upper right side of the cave, there are drawings such as a man riding a camel as well as two men holding each other hands. It is similar to the case of playing and dancing, in addition to tags and abstracted carved figures.
In addition to Sisra Well, Kaf Castle, Al Methhin Palace, Al Nowais Museum, the Old Antique Area, and the Old City of Domat Al Jandal.

Provinces of Al-Jouf State and its centers

In and around Jouf 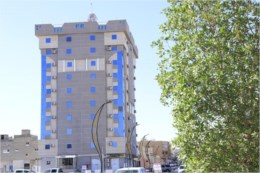